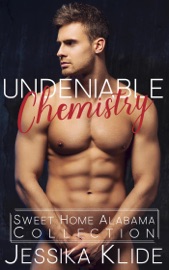 And she sure wasn't looking for lust.

But both hit her the first time she saw Aurelius Moore.

Shocked she has found a man that makes her tingle in the small town where she grew up, instead of Vegas where she dances as the headlining star of Been Jammins' Gentlemen's Club, she cautiously moves forward, needing to know more before she commits.

Understanding people lie about who they are, she flirts and teases, studying him. She can't afford to hook up with a bad man. In her line of work, she knows everyone has secrets. Some are better at hiding them than others, but everyone has them.

She is no exception. She has to protect hers. Too many people's livelihoods depend on it.

Aurelius Moore can't believe his luck. The stripper, Seary, that got under his skin in Vegas but vanished before his appointment, is here in Alabama. Flaunting her drop-dead gorgeousness, and teasing him terribly, he moves into her apartment building to seduce her.

But as he gets to know the sweet southern Siri, he discovers she's more than a sexy stripper. She is a very interesting find, a one-of-a-kind woman, and he changes his end game. He wants her for the long haul.

The problem is she thinks he is simply an Army Aviator, a helicopter pilot. But he is the heir to an Italian dynasty and worth billions. And that's not his only secret. He has secrets buried inside of secrets.

As hard as it is to hold back, he must protect his real identity until he is convinced Siri can navigate the complexities of a long-term relationship with a man as complicated as he is. Only then can he open up fully and hope that she will accept the real Aurelius Moore and they can make a life together.

From the love at first sight moment to the many gasps of shocking secret reveals, Jessika Klide delivers "a brilliant piece of writing magic."

Read in this order: